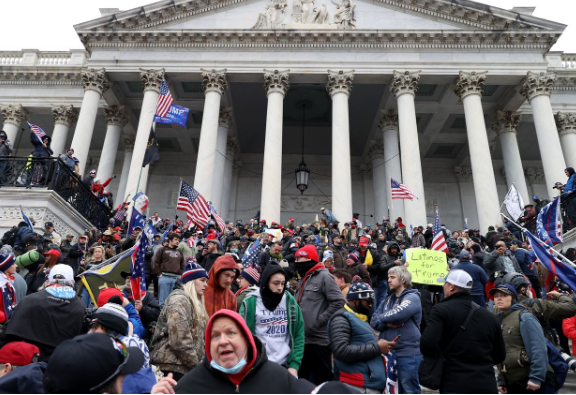 In the situation of chaotic and severe ragging by the supporter of Donald Trump, Congress certified officially Democrats Joe Biden and Kamala Harris the president and vice president of America on Wednesday.  Democrat Joe Biden is the 46th President of the country.

Hundreds of President Donald Trump’s supporters forced metal security barricades without paying attention to anything around. Rioters broke windows, stormed buildings in a surprising way, and scald walls to fight their way into Capitol Hill early on Wednesday.  Supporters of Trump tried to overturn his election defeat and to delay the certification of the new President. In the incident, four people are died, one from the gun shoot and three because of medical emergencies.

Whereas 52 people are arrested. The public and media both are criticizing Donald Trump for promoting violence on Capitol Hill. Trump shared a 62 seconds video on social media in which he said to Capitol Hill rioters “I love you” instead of forcing them to go home and not to violate the laws. He also supported allegations of election fraud which are still unfounded.  Social media giants Facebook and Twitter blocked Donald Trump’s account over concerns he promoted violence by tweeting to supporters who stormed Capitol Hill.

Bill Bratton, former New York City Police Commissioner said that the Capitol police response to protest at Capitol Hill was a great failure. He said that there was a complete lack of coordination between law enforcement agencies. This created a confusing and disordering situation. It is necessary to investigate “what happened and what did not happen”. Law enforcement said that more than 50 Capitol police and Metropolitan police officers had injuries. One officer has died. The Capitol Police said that rioters attacked police with metal pipes, discharged chemical irritants, and other weapons very actively. They were fully determined to enter the building by causing great damage.

After this situation, Republicans joined calls for Trump’s removal. Several members of Trump’s administration resigned as a symbolic gesture against violence.