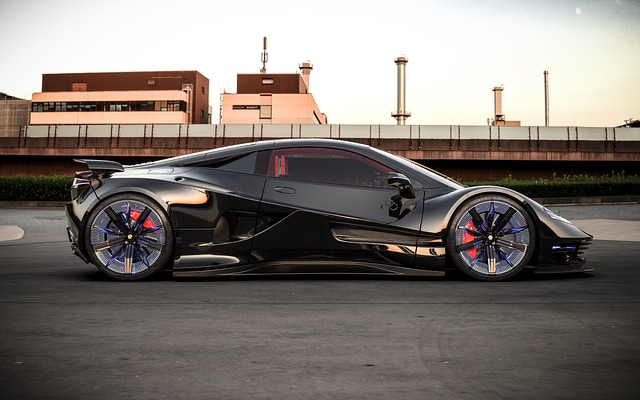 Here are some of the top and best racing cars world around:

The intimidating and aggressively beautiful, Mercedes AMG GT-R is a powerful rival to the all time praised Porsche 911 GT3. Mercedes has put the best of their motorsport expertise and technology to work on this beast.

The monstrous, hollering, deep bellow comes from a 4.0Liter Twin-Turbocharged V8 engine. The engine tweaks to make 577bhp, 28 more horses from the 549bhp generating AMG GT-C. The GT-R has a revised 7-Speed DCT twin clutch transmission and an updated Traction Control with ‘9’ different stages of response for Ferrari style controlled drifts. The Mercedes AMG GT-R record to go 0-62 mph in just 3.6 seconds and claimed the top speed of 198 mph. The versatility of this car has landed it a place in the list of best racing cars.

Whenever talking about the best racing cars in the world, the R8 seems to find its way into the conversation. The Audi R8 V10 is the most operable all rounder supercar in the world, second to the Porsche 911 Turbo.

The R8 V10 Plus as the name suggests houses a very powerful naturally aspirated 5.2Liter V10 engine that produces an immense 610bhp, the same as the Lamborghini Huracan. The Plus is a standard fit with carbon ceramic brakes that do their job spectacularly well. A 7-Speed, dual-clutch transmission ensures a smooth and swift ride. This machine can go from 0-62 mph in a mere 2.5 seconds and can push the limits to 205 mph.

The ferocious and dramatic diva of supercars has returned. The designated ‘S’ variant of the highly praised Lamborghini Aventador, a prima donna among the best racing cars.

A sonorous 6.5Liter V12 engine is the heart of the new Aventador S. The engine produces a total of 730bhp, 10hp lesser than the limited run Aventador SV that produced a whopping 740bhp. The key features of the Aventador S are the Four Wheel Steering, permanent 4-wheel drive, and upgrade suspension that control by the LDVA control unit. The Lamborghini Aventador S can go from zero-60 mph in just 2.9 seconds. The top speed is the time at 217 mph the same as the beastly Centenario.

The half century old legendary 911 lineage of Porsche’s best racing cars has returned with the ultra fast and highly stylized variant Porsche 911 Turbo S. The Turbo S is a dynamic duo; an extravagant mean machine on the race track and a perfect luxury car for the daily roads.

The Porsche 911 Turbo S furnish with the direct injected 3.8Liter Flat-Six engine with VTG Turbochargers. The engine produces an astounding 580horsepower. The secret to Porsche’s smooth drive is the 7-Speed PDK automat manual transmission and a revised Porsche Traction Management all wheel drive system. Porsche has claimed that the car can reach 0to60 in a mere 2.5 seconds and has a top speed of 205 mph.

This supercar is lodging a 6.0Liter W12 twin-turbo engine that produces a ponderous 700hp. The power from the engine is funneled through the ZF 8-speed transmission to all four wheels. The transmission features Quickshift, Block Shifting and wheel mounted paddle shifters. The car offers an extra 79bhp compared to its predecessor, which means it can go from 0to60 mph in just 3.4 seconds. The Bentley Continental Supersports clocks at 209 mph top speed.

Ask a four year old, what’s a super fast car? And he’ll answer Ferrari. The Italian best racing cars’ manufacturer has pushed the limits again with the fastest and most powerful Ferrari yet; the 812 Superfast.

The 800 PS (789bhp) producing 6.5Liter F140 V12 of the Ferrari 812 Superfast is the world’s most powerful naturally aspirated production car engine ever made. The 812 Superfast features a 7-speed dual-clutch automatic with manual shifting mode transmission. It is also the first Ferrari to introduce an Electric Power Steering which integrates with all of the electronic vehicle dynamic controls. The unpredictable F12tdf is now replaced by the Virtual Short Wheelbase 2.0 system which is dexterous. This super car can achieve a top speed of 211 mph and can go from 0to62 in a mere 2.8 seconds.

McLaren has a reputation for its exotic supercars, the 720S retains that reputation. Inspired by the Great White Shark the 720S is a ferocious machine disguising in a beauteously curvy body.

The McLaren 720S is powered by a mid-mounted twin-turbo 4.0Liter V8 engine that produces a massive 720 PS (710bhp), thus giving the car its name and making it among the best racing cars. The car is driven by a 7-speed dual-clutch transmission and with the new Proactive Chassis Control II technology this mean machine offers a super smooth ride and an amazing road grip. The car performs amazingly with a top speed of 212 mph and going 0to62 mph in only 2.7 seconds. This hyper sports also offer a Drift Mode in addition to the Comfort, Sport, and Track modes.

All Hail is the king of the best racing cars in the world! Bugatti Chiron is the successor to the world’s fastest car Bugatti Veyron. This hyper sports has pushed every limit of a production road car and has left the 99.99 percent in its dust.

The Chiron is powered by a herculean 8.0 Liter W16 quad-turbocharged engine that produces a strapping ‘1479’ horsepower (295bhp more than the Veyron SS), these are huge numbers. A revised version of the Veyron’s Ricardo Dual-Clutch 7-Speed transmission transfers the power to all four wheels. Although Bugatti is limits Chiron’s top speed to 261 mph, it is speculated that this behemoth can go up to 275 mph.